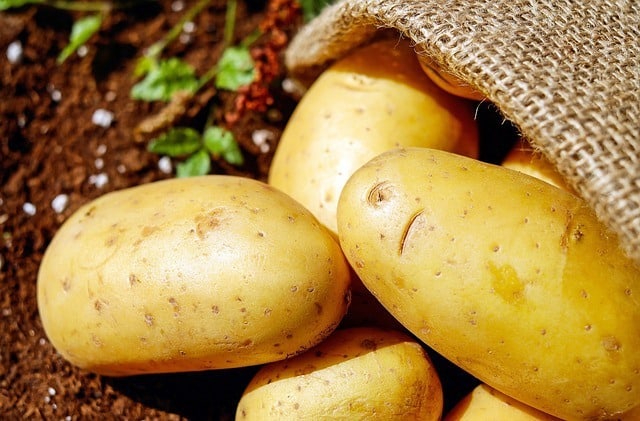 Yes! You can eat potatoes on Whole30 – even white potatoes!

Since 2014, Melissa Hartwig’s (creator of Whole30) position on potatoes has changed over time. Back when the Whole30 program was originally concieved, only sweet potatoes were allowed

The thought was that people needed to be encouraged to try new, healthier vegetables, and that potatoes were too dangerous of a weakness for most folks.

For many people, potatoes are synonymous with French fries, potato chips, and plenty of other not-so-good-for-you foods.

The Whole30 team was concerned that this negative associated would make white potatoes too tempting for users, but they eventually had a change of heart.

White potatoes are a whole, real, nutrient-dense food! It doesn’t make logical sense to leave them out while other carb-dense foods like taro, yuca, or sweet potato are allowed. On the other hand, do people really need more white potatoes in their lives? Many people come to the Whole30 metabolically challenged, overweight, and stuck in poor food habits. They don’t need more energy, and less incentive to try new vegetables or change their habits.

Eventually, we arrived at a consensus. Potatoes of all varieties are in, but fries and chips are not.

Want some ideas on how to include potatoes in your meals? Check out our collection of Whole30 potato recipes here!