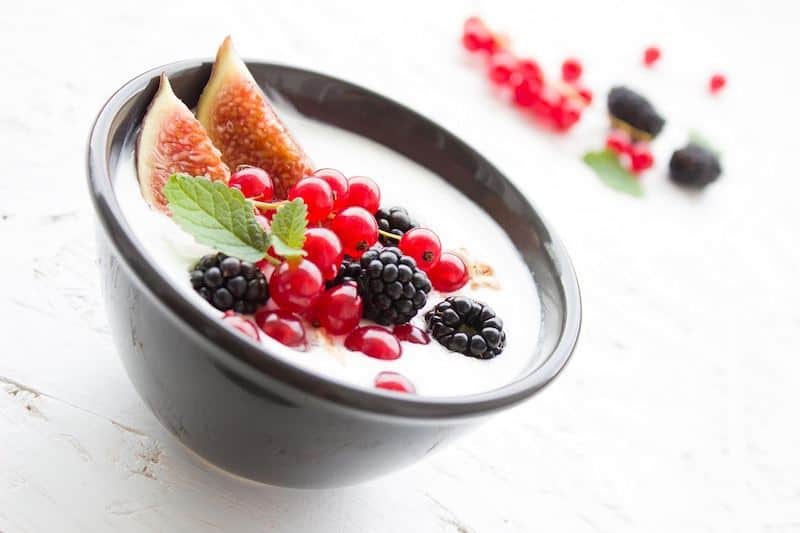 Since yogurt is made from dairy, and dairy is banned from Whole30, yogurt is not allowed on Whole30.

However, that’s when it comes to traditional cow-milk yogurt. There are some forms of yogurt that are allowed on Whole30, although they are not common and can be tough to find.

Coconut yogurt is one option – that’s yogurt made with coconut milk rather than animal milk. Almond milk-based yogurts are another option. Even then, we’re still talking only yogurt with no sugar, which is pretty darn uncommon. You might get lucky and stumble upon some at a health food store, but sugar-free, compliant coconut or almond yogurt is quite the rare beast indeed.

There’s another reason while yogurt – even sugar-free coconut or almond-based yogurt – is not considered a great choice on Whole30 (even while technically being ingredient-compliant).

You see, one of Whole30’s big lessons is learning how to feed your body good, nutritious food and abandoning unhealthy eating habits we’ve established in the past.

The issue is that many folks get into the habit of a fruit and greek yogurt breakfast. Using almond or coconut-based yogurt is a way to clutch to those old, pre-established breakfast routines. Instead, Whole30 wants eaters to rely on a more hefty, protein-based breakfast composed of eggs and meat (ideally along with always-awesome veggies of course).

Yogurt is simply a bad breakfast habit that Whole would rather have you abandon in favor of a more filling, robust breakfast.

Still, if you’re in desperate need of yogurt, there are coconut and almond versions that are compliant – if you can manage to find them.