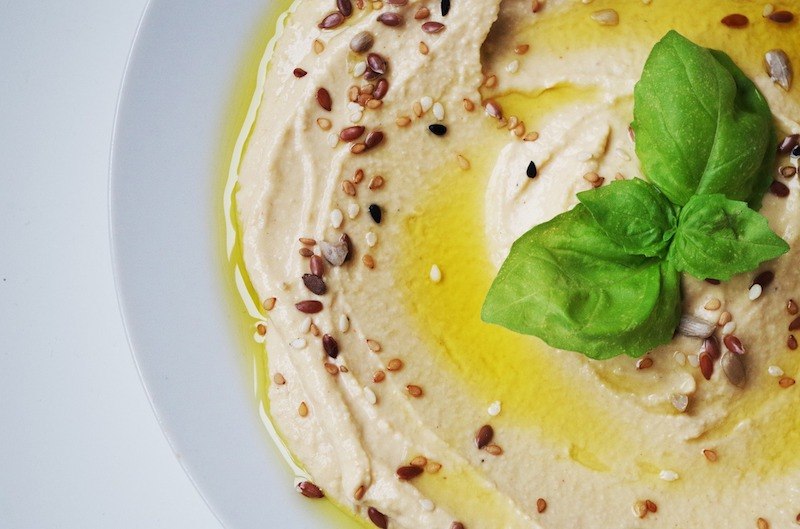 Hummus is a delicious, traditionally Middle Eastern dish made of ground chickpeas, olive oil, and spices. Unfortunately, hummus is not allowed on Whole30 – this tasty dish is blacklisted until after your program!

Why is hummus not allowed on Whole30? Because it’s made primarily of chickpeas. Chickpeas are legumes, and legumes are out on Whole30.

There is some silver lining though; while chickpeas and garbanzo beans traditionally used to make hummus are out, there are other hummus recipes that are compliant on Whole30!

Not a zucchini fan? There are also eggplant hummus recipes and carrot hummus recipes! Just keep an eye out for non-compliant ingredients when searching for paleo hummus (tahini is fine, but legumes are out – but you’ll need to check tahini paste ingredients as well).