Whole30 Desserts That Are Compliant (Kind Of)

During your Whole30 stint, you’ll likely find yourself craving a sweet, tasty dessert. We’ve all been there – many of us have long histories battling our sugar dragons, and dessert is often a prime time for entertaining those sweet cravings.

Eater Beware: There Are No Whole30 Compliant Desserts

Make no mistake – these desserts are NOT OK to eat on Whole30, because no desserts are. The term “Whole30 compliant dessert” is really an oxymoron, since there simply is no such thing.

Technically, all the desserts in this list are made with Whole30 compliant ingredients, but dessert as a general practice simply isn’t condoned.

Why? Because it’s a classic case of SWYPO. Indulging in sweets – even technically compliant sweets – reinforces those behaviors and habits that the Whole30 program intends to break.

It’s the same reason why Larabars – while technically compliant – are often debated by Whole30-ers, since their fruity ingredients can often taste more like dessert than natural, no-nonsense nourishment.

Who Are These Desserts For?

So why even make this post anyway? Well, while these recipes aren’t technically allowed on the official Whole30, they are awesome ideas for if you’re continuing the program past 30 days, since they are whole food desserts.

Some also choose to be very strict with their first Whole30 session, but loosen up a bit more for their 2nd and 3rd rounds, walking a line between Whole30 and paleo. For those types of folks, these desserts may be a great way to have a treat without jumping totally off the deep end.

I’ve seen many individuals asking for Whole30 dessert suggestions, and while I would never endorse cheating and indulging in these treats while on the program, we’re all adults and can make our own tough choices (and if you are going to cheat regardless, you’re definitely better off with these treats than stuffing yourself full of cookie dough ice cream).

Before we break out the big bad recipes, here’s our quick list of tasty fruits that make a great post-dinner snack.

These are simple, easy ways to satisfy some of that desperate sweet need without getting to SWYPO-y.

Many dries fruits can be found at Trader Joe’s with no additives, 100% compliant.

With all that being said, here’s our collection of Whole30 desserts.

This recipe for Warm Cinnamon Apples comes from Make With Your Hands. It’s a easy, simple recipe with just apples, coconut oil, nutmeg, and cinnamon.

These Paleo Date Squares come from The Healthy Foodie. Be careful with this loaded gun, as it definitely breaks the rules as far as imitating baked treats.

This Coconut Almond Butter Bites recipe from Running To The Kitchen uses coconut butter, almond butter, almond extract (make sure it has no sugar or alcohol), salt, coconut oil, and unsweetened 100% cocoa powder, which is compliant but quite the hot button issue, as it can be considered a cheat for feeding your desperate chocolate cravings.

These Raw Brownie Bites from Paleo Grub are made with walnuts, dates, salt, cocoa powder, and vanilla. Note that vanilla extract is NOT compliant, so if you use this recipe, you’ll need to use either vanilla paste, grind your own vanilla bean, or simply skip the vanilla.

This Grilled Peaches with Coconut Cream recipe comes from Paleo Grub, made simply with peaches, walnuts, coconut milk, and cinnamon. This recipe calls for vanilla as well, but since vanilla extract is not compliant, leave it out.

There you have it – Whole30 desserts that are compliant… kind of.

What’s your take on Whole30 desserts – are you for them or against them? Any recommended compliant treats we missed? Share your thoughts, feelings, and suggestions in the comments below! 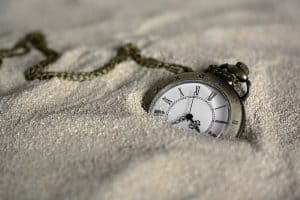 Intermittent Fasting Not Working: What Am I Doing Wrong?

Get Social, Get Healthy!

Intermittent Fasting Not Working: What Am I Doing Wrong?

5 thoughts on “Whole30 Desserts That Are Compliant (Kind Of)”

No Affiliation With Whole9

LifeHealthHQ.com is a participant in the Amazon Services LLC Associates Program, an affiliate advertising program designed to provide a means for sites to earn advertising fees by advertising and linking to Amazon.com. Additionally, LifeHealthHQ.com participates in various other affiliate programs, and we sometimes get a commission through purchases made through our links.