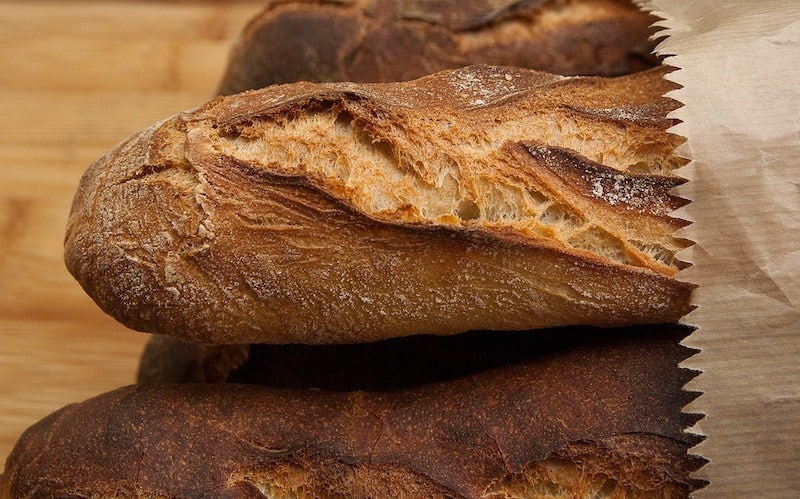 Bread is not allowed on Whole30.

Bread is made from wheat, and all grains are not allowed on Whole30. Therefore, bread isn’t allowed!

However, that may seem obvious. You’re more likely wondering if paleo bread is allowed on Whole30. This basically refers to bread made from almond or coconut flour, which is allowed (as opposed to traditional flour, which is banned).

Nope – even paleo bread using coconut flour and compliant ingredients is not allowed on Whole30.

But why? If the ingredients are compliant and OK, why is paleo bread not allowed on Whole30?

Because ingredient-compliant bread is a classic example of severe SWYPO (Sex With Your Pants On). As the Whole30 team notes, “We’re asking you to change your food habits, here, not just the ingredients.”

The truth is that even paleo bread is a nutrient-poor choice when it comes to eating. Bread takes up space where healthier foods should go. Ultimately, bread is a crutch too many eaters have relied on for too many years. It supports bad food habits and strengths the psychological hold bread has on so many of us. Similar to fighting your sugar dragon, I’d argue there’s a bread-based bear that’s just as difficult to defeat.

That being said, if you’ve finished your Whole30 program and are transitioning to a longer term paleo diet, paleo bread and paleo pancakes are something you can potentially begin to explore in moderation.