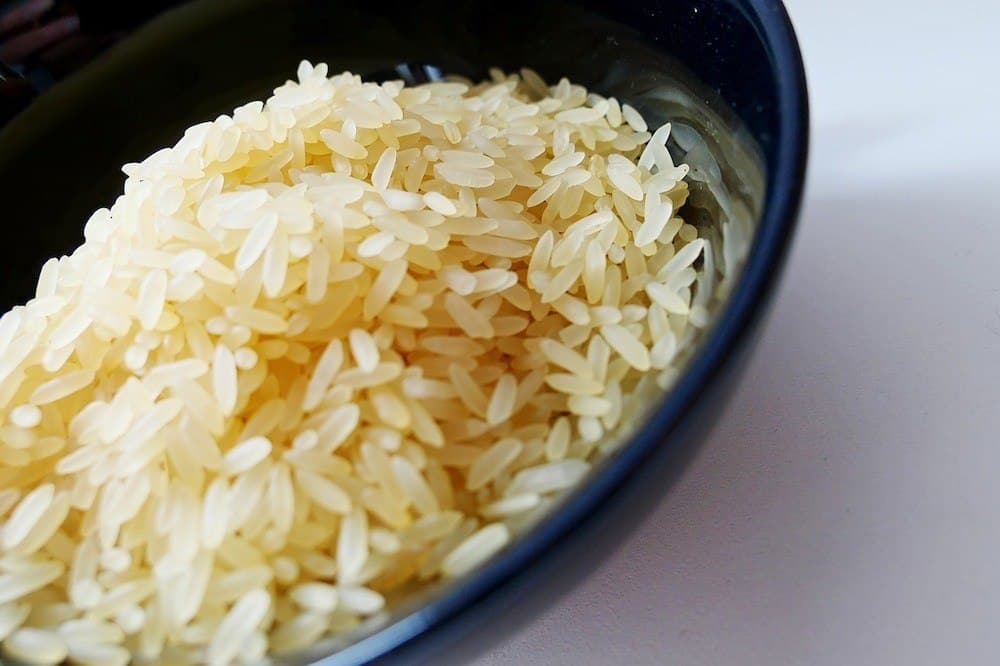 No, we’re afraid not. Rice is a grain, and grains of any kind are not allowed on the Whole30 Program.

Although both brown and white rice are widely accepted as “healthy” foods, there are several reasons why they’re decidedly a Whole30 no-go.

Grains are often not well tolerated and cause digestive distress to many. They contain proteins that are very difficult for our bodies to digest, making it difficult for us to extract the nutritional value and causing inflammation along the way.

Phytates are also commonly present in concentrated amounts in many grains. These sneaky little guys are anti-nutrients that bind to vitamins and minerals in our foods like zinc, calcium, and magnesium, just to name a few, and make it so our bodies cannot even access them!

When refined (which the majority of popular grains are), grains are stripped of most of their nutritional value and can cause blood sugar spikes and insulin issues. For these reasons, grains are excluded from the Whole30 program.

Brown vs White Rice: Is One Healthier Than The Other?

Most of the digestively problematic parts of grains exist in their husk or bran—this is the “whole” part of whole grains. If we’re talking rice, brown rice has the bran and the germ left intact and is a considered a whole grain, whereas white rice is refined by removing these parts.

Many argue that this makes white rice less healthy than brown since the portion with the most nutritional value is taken away. Others may argue that since the phytates (remember those anti-nutrients that stick to your vitamins and minerals?) and difficult-to-digest proteins are present in the bran, white rice is actually healthier. No bran, no problem, right? Well, unfortunately, it’s not quite that simple.

There’s just no right way to consume rice – you really can’t win this one.

According to the Whole30 Program Rules, neither white nor brown rice is allowed. Brown rice has the husk and the germ intact along with all those practically indigestible proteins and phytates. White rice is refined by having these parts removed.

While it seems like removing the portion of the grain that causes the most issue should improve things, without the outer layers, rice just becomes a concentrated, starchy carbohydrate.

The parts of white rice that were removed to make it refined were the parts that tell your body you that you’ve had enough food and that it’s time to stop eating. There’s only about 1 gram of fiber per 100g of white rice and it does not even make up a complete protein, making it dangerously easy to over-consume.

White rice isn’t necessarily going to do the same harm as other grains might by keeping you from absorbing important nutrients, but it will just take up space you might as well use for more nutrient-dense foods. Why eat something that has little nutritional value when you can get way more bang for your buck with a different food?

Whole30 Rice Substitutes: Try These Instead!

The main allure of rice is that it’s a great pairing food—it goes well with pretty much any main course and it’s just so popular, it can be really hard to move away from! Don’t worry. There are ways around this!

Thanks to the experimentation and creativity of some awesome Whole30-ers and members of the paleo community we have some amazing rice substitutions.

If you’re just looking for a nutrient-dense carbohydrate to keep you energized, look to sweet potatoes, yucca, plantains, or even white potatoes (yes, white potatoes are allowed) as a side dish.

We’ve got plenty of Whole30 sweet potato recipes to get you started if you need inspiration!

If you want something more rice-like, cauliflower rice is here to save the day! You can make your own with a food processor or grater, or if you’re mess-averse and prefer the convenience of a pre-riced version, you can find one at Trader Joe’s, Whole Foods, or even Costco.

Feeling a little cauliflowered out? Lucky for us, recipe developers are making rice out of pretty much everything these days.

For a twist on a Whole30-compliant “rice” that isn’t made out of cauliflower, try parsnip rice, carrot rice, sweet potato rice, or malanga (a tropical starch similar to yucca!) rice. Apparently, you can rice-irize quite a few veggies!

While, to be perfectly honest, the flavors in these substitutes are definitely different from the ‘real deal’, they’ve certainly got rice beat in the nutrition department. Yummy, food good nutrition…it’s a win-win.